In Waddinxveen (Province of South-Holland, The Netherlands), a 90 ha high-tech greenhouse area is currently under development. Continuous availability of high-quality freshwater is a boundary condition for this development from a user’s perspective. Rainwater stored in aboveground reservoirs are a primary water source. However, water demands are too high compared to the average gross precipitation in this area and serious seasonal shortages would arise during periods of drought.

It was decided to install a rainwater harvesting system in greenhouse area and the neighbouring industrial zone to create an additional freshwater source, delivering more than sufficient freshwater to the greenhouse area. One  problem remained: where can the water be stored during periods of surplus for later use in periods of drought? Storage in aboveground reservoirs would require a vast and valuable part of the surface area. and results in high costs and possible deterioration of the water quality (warming, algal growth, atmospheric deposition, or even sabotage).

Allied Waters SALutions designed the aquifer storage and recovery (ASR) suitable for application in the local brackish groundwater aquifer, which was coupled with the rainwater harvesting system. Three decentral ASR-systems were proposed for storing rainwater surpluses in the subsurface on a timescale of weeks to months before later recovery. The rainwater is treated before infiltration by slow sand filtrations. Multiple partially penetrating wells (MPPW) are used to adjust ASR to the brackish character of the ambient groundwater and to optimize the recovery of high-quality freshwater. The deepest well screens act as Freshkeepers and recover brackish water beneath the stored freshwater for desalination by reverse osmosis (RO) as an additional source of freshwater and protection of the injected rainwater. The combined application of ASR, rainwater harvesting, and the Freshkeeper in Waddinxveen results in a robust and constant freshwater supply for the greenhouse area, and in a negligible spatial footprint. 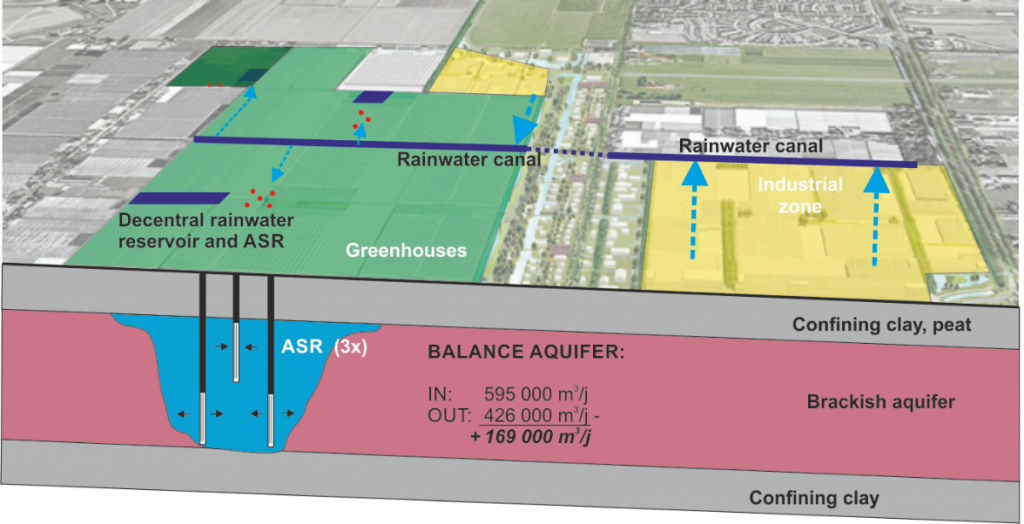 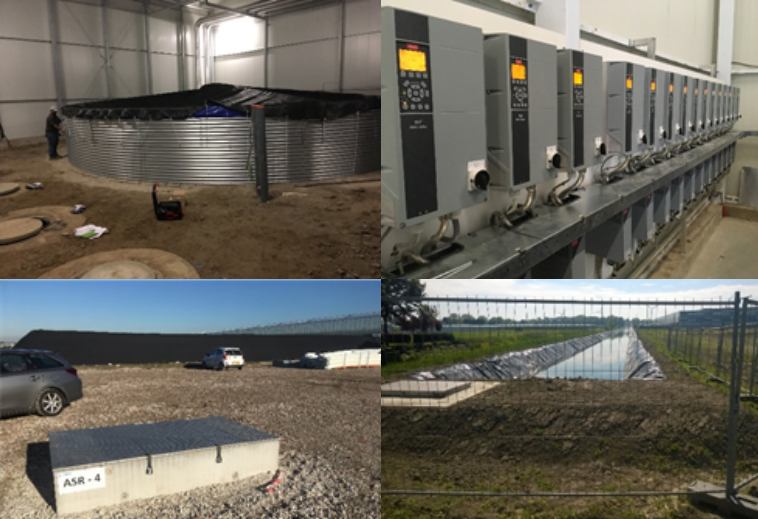